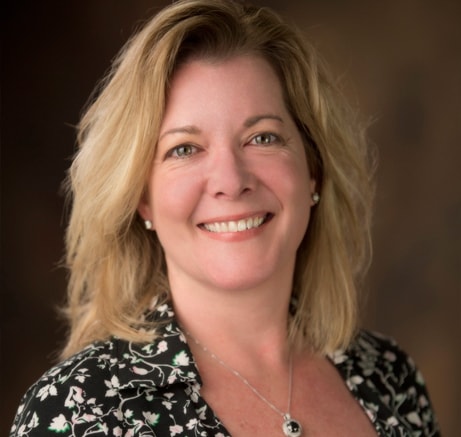 Christy’s convictions concerning all things tax stem from her childhood years when her life was completely disrupted. At nine years of age, while playing an intense game of Monopoly with her four siblings and parents, Christy answered her front door, and two IRS agents invited themselves into her living room. There, without much introduction or explanation, they proceeded to threaten to levy and to auction all of her family’s possessions for unpaid taxes.

The problem? While her mother always stayed at home to raise the 5 children, Christy’s father owned a small construction company. An honest entrepreneur, he took on a silent partner who knew nothing of either construction or the accompanying related business matters. Without accurate accounting practices or a clear understanding of tax laws, the construction company unintentionally failed to report properly to the IRS or to pay all necessary taxes. Serious financial fallout soon ensued.

Lacking sound legal advice about the devastating mess they found themselves in, Christy’s parents then agreed to pay not just 100% of all the debt the IRS assessed against the company, but all interest and penalties as well. Throughout the next 4 long years, the family strictly adhered to an installment agreement. But in the end, Christy’s parents were forced to sell their home, so that all proceeds could be applied to the IRS debt, whose steadily accruing penalties and interest meant that the principal never disappeared. The family moved out of state to start over, leaving behind the company Christy’s parents had worked so hard to build and life as Christy had always known it.

Even then, the repercussions of not thoroughly understanding the tax code haunted the family. All totaled, the final amount Christy’s parents paid to the IRS was approximately double the original amount owed. Christy remains convinced that the outcome for her entire family would have been very different if her parents had had a passionate, skilled tax attorney on their side.

This certainty about the value of knowing one’s rights as a taxpayer would eventually launch Christy on her path toward sitting for the Texas and Alaska Bars. However, Christy did not form this goal consciously and concretely for many years following the family’s move, perhaps because, as her parents had been, Christy was fairly unaware that tax lawyers even existed, much less that they could offer extreme relief to stressed families. Christy went on to get her high school diploma at St. Thomas Aquinas and to major in Sociology at the University of Texas at Austin. Later, at the University of Edinburgh, College of Medicine, she earned a Master of Science in Public Health. For years, she then worked in Texas as a Guardianship Specialist/Investigator with Adult Protective Services.

But despite these endeavors, Christy remained privately haunted by the fear and intimidation she had experienced as a child at the hands of the IRS agents. And, now older and much more conscious of her rights as a taxpayer, she returned to school once again, this time earning a Juris Doctor at Texas Tech University School of Law and a Master of Laws in Taxation at the University of Florida – Levin College of Law.

After working for a couple of years at a local law firm in Anchorage, Christy realized that her clients would benefit from a highly individualized approach.  Christy then opened her own practice, first in Anchorage, then in Texas, bringing to her clients’ complicated issues a professional, but fresh and personable attitude toward conflict tax resolution.

Christy’s practice quickly evolved into a full-service tax boutique that assists clients from all over the United States with their tax-related issues.

When Christy is not busy researching and solving legal matters and training the assistant office manager, Toby, you might track her down while she is obsessively following tennis matches, dreaming about mushing dogs in the Iditarod, and noshing on eggs, no matter how they are cooked. As a last resort, bribes of Diet Mountain Dew and white cake are also famous for securing appointments with Christy.

Christy is an avid blogger on important tax issues. You can read her latest blog entry here.